Signal 88 Security
Jan 3, 2018 12:00:00 AM
The vast majority of Signal 88 franchise owners are military veterans. We're proud to create jobs and opportunities for veterans to grow and lead after they return home from the battlefield. Franchisee Tim Robinson shares his philosophy on recruiting and hiring. 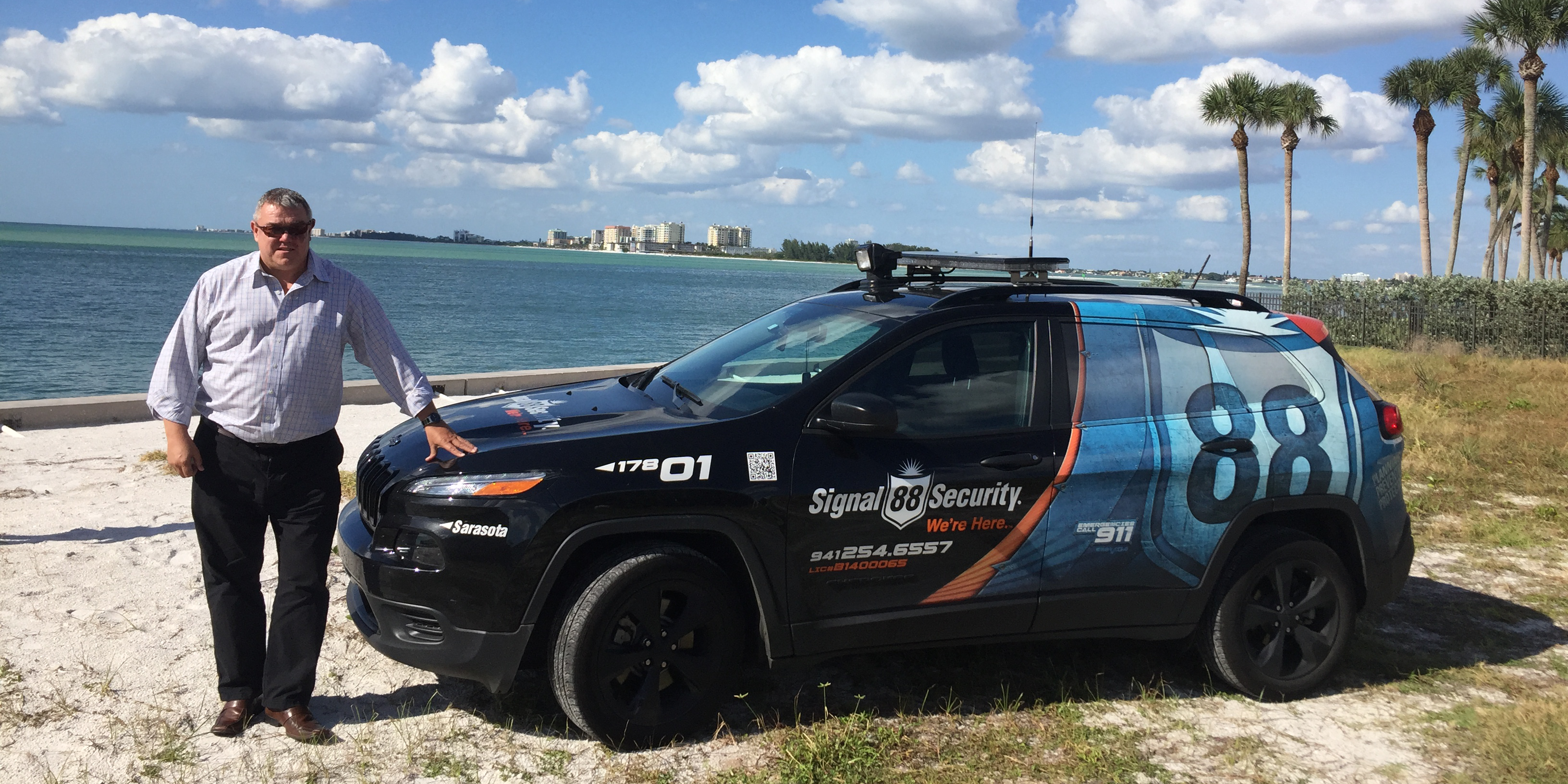 At Signal 88 Security we pride oursevles on partnering with those who have served our country, whether that's being one of our Franchise Owners, or valued security officers. Recently, we spoke with Tim Robinson, owner of Signal 88 Security of Sarasota, who has built his team around miltary veterans, on the opportunity he provides veterans, and how they have made a difference for his franchise.

Question: You are currently partnered with Goodwill as part of an effort to hire veterans in your community. What initially attracted you to this partnership?

Answer: This partnership gives us the opportunity to tap into a wealth of military discipline and the ability to give something back to the local community and to the vets that have served their country. Some of these vets have fallen on tough times, so it gives them a second chance to serve their community and fulfill their passion.

Question: How have veteran employees made a difference within Signal 88 of Sarasota?

Answer: One of the biggest differences is the discipline they bring. They exceed expectations when it comes to uniform appearance, their willingness to follow and carry out instructions, and their dedication to their job. They always give maximum effort when they’re on the clock and that seems to wear off on the people around them.

Question: What do you think makes Signal 88 an attractive opportunity for veterans?

Answer: We offer a family culture again like the forces were to them. We give them an ability to once more engage with other people on a level footing and to establish some order in their life. We give them a sense of purpose, a reason to get up in the morning. We open the door and encourage them to walk through it - a favorite saying of my ops director Brian Hannon. Pride is something that every person requires to better themselves and live up to their potential. When you have lost your pride, as some have, we enable them to get that back - which is something they themselves possibly didn’t think they could ever do.

To learn more about how you can begin building your very own culture as a Signal 88 Security Franchise Owner, visit www.signal88franchise.com.

Private security: the new standard for providing peace of mind

Why new franchisees complete training at our Center of Excellence